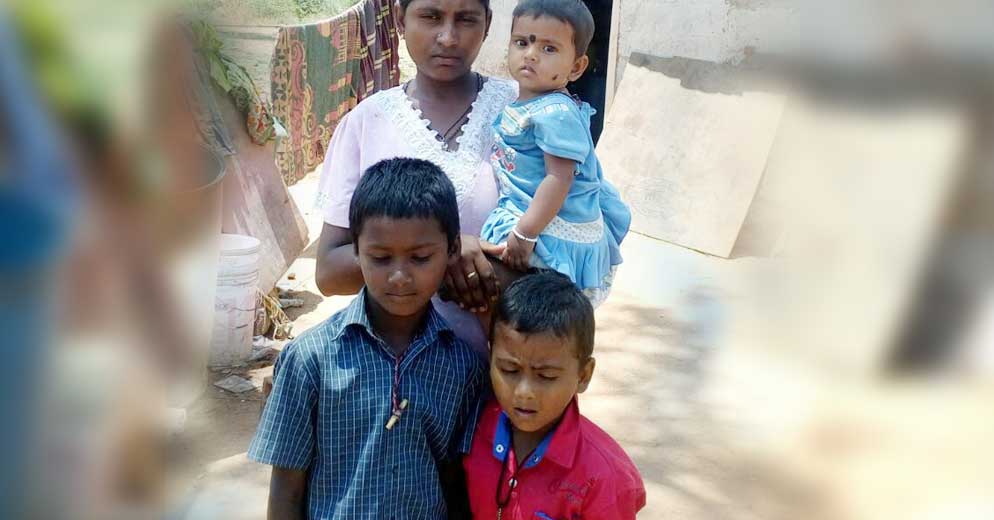 Lara Olson’s heart was touched to see the living conditions of Pillappa and his family. Pillappa, who had been snatched from the jaws of death by Lara Olson’s timely intervention in getting him admitted to Baptist Hospital, and his wife Thimakka, sleep in a small guardroom.

The family of 10, live in the midst of 10 acres of wasteland that swarms with snakes, in the heart of Bangalore, with no electricity. Manjunath his son, lives with his wife, Shushma, his two children aged 4 and 1, his inlaws including his paternal aunt (also his wife’s grandmother), and Shushma’s two brothers, a little distance away in a tiny two room home. There is no electricity. The night brings its own fears. The fears double during the rains. There are in addition young men who take drugs lurking in the corners of the wasteland.

Pillappa’s granddaughter Meghna, is always carried, probably due to the fear of snakes and insects. At twelve months her head is still unstable. Meghna was not eating solid foods. She kept vomiting. Lara Olson met the family and gave disposable diapers for Meghna as well as baby food and two torches.

A month has gone by. Meghna now is able to eat baby food without throwing up. Her head is stable. The family has two mechanical torches to use in emergencies.